We want to operate Dakota Blue Consulting in a way that actively supports others in society.

It is for this reason we are proud supporters of an inspirational team of sisters, who run a charity and a digital magazine. Our MD, Jackie Brooker is a friend of one of the sisters, Nicola Miller, who lives locally to our headquarters. Her sister Rebecca Stewart is based in Scotland. 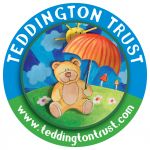 A digital magazine giving a voice to patients affected by rare conditions and charities that represent and support them.

Jackie has been both inspired and impressed by the work that Nicola and Rebecca do. Teddington Trust was initially founded in 2012 by Rebecca and her husband Wilbur, in response to the diagnosis of their nephew Eddison, then aged 13 months, with a very rare genetic condition Xeroderma Pigmentosum (XP), which is characterised by an extreme sensitivity to ultraviolet radiation (UVR) which affects less than 100 patients in the UK and equally low numbers around the world.

The ambitious and determined sisters have since gone on to create a digital magazine that gives a voice to patients affected by rare conditions and the charities that represent and support them.

Using our key skills, we have helped and continue to support in empowering people to succeed by implementing innovative solutions and acting in an advisory role on people and business matters. Through our expertise we want to drive positive change and growth for charities and organisations like Teddington Trust and Rare Revolution.